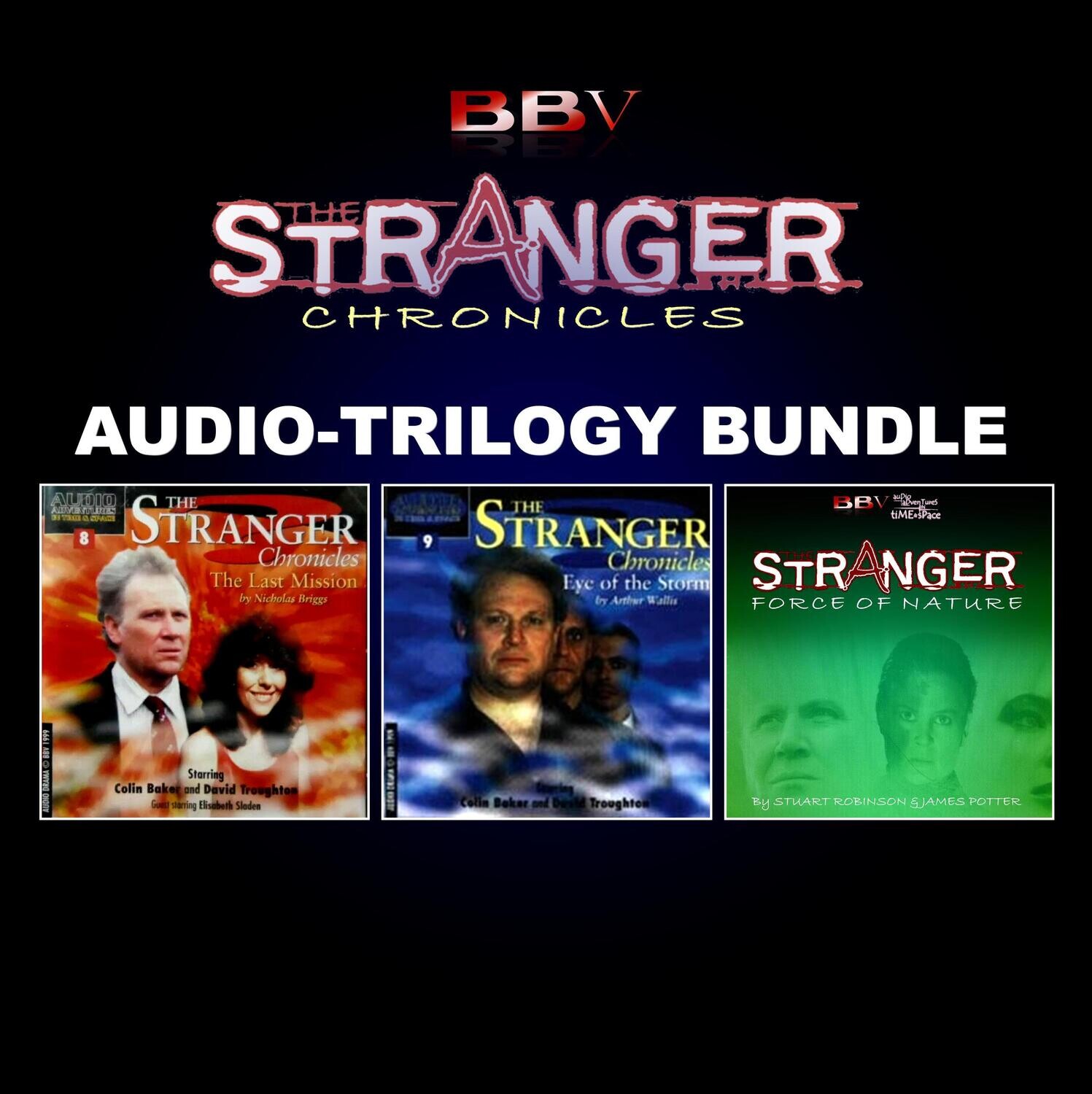 The acclaimed Stranger series continues in this Audio Bundle-TRILOGY!

The Stranger: The Last Mission

The Stranger has traversed the continuum in his adventures, always trying to escape a past which threatens to catch up with him. Now, however, Soloman recalls the events of years before, and we finally discover what set him on a road apart from the other preceptors.

An adventure which ties up the loose ends of the Stranger series also features plenty of action, flying cars and semi-invisible monsters, too.

The Stranger: Eye of the Storm

Egan, Saul and Soloman find themselves back on Earth. A young girl named Meta is involved in a dangerous experiment, and Egan may come to learn something about humans before it is over.

The Stranger: Force of Nature is an audio adventure by Stuart Robinson & James Potter that was a continuation of The Coming of Shadows. It is included in the bonus content of the 'More Than A Messiah' DVD.

Arriving on a bleak planet with a poisonous atmosphere, Preceptor agent Cain and Able find their plans in ruins and need to use desperate measures to rescue Soloman. But who is the traitor?