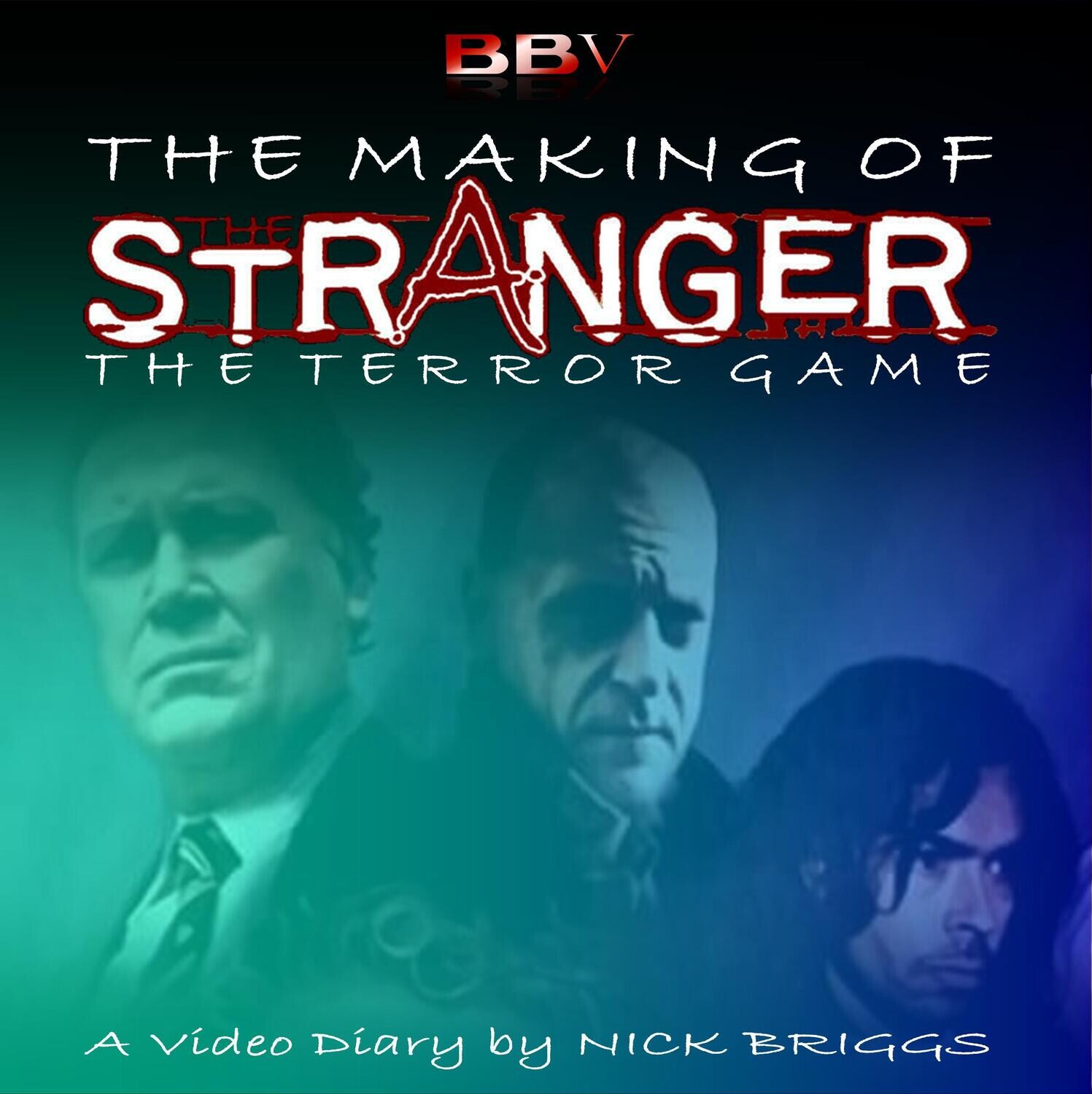 Two parts of behind-the-scenes!
A special 'video diary' recorded during filming by author Nicholas Briggs. He manages to capture the jolly atmosphere on & off set, & chats candidly to the cast about the trials and tribulations of filming low budget... Previously exclusive to DVD.

The Stranger: The Terror Game - description:
At the dramatic climax of IN MEMORY ALONE, the Stranger made a desperate bid to escape from an alien environment.

Unsure of his own identity, he submitted himself to a process which promised to put "everything in its proper place".

After materialising in an alley behind a seedy night-club, the Stranger begins piecing together his fragmented past. As the disturbing evidence gathers and the memories return, it occurs to him that the hidden terrors of his previous life may be best left forever concealed.