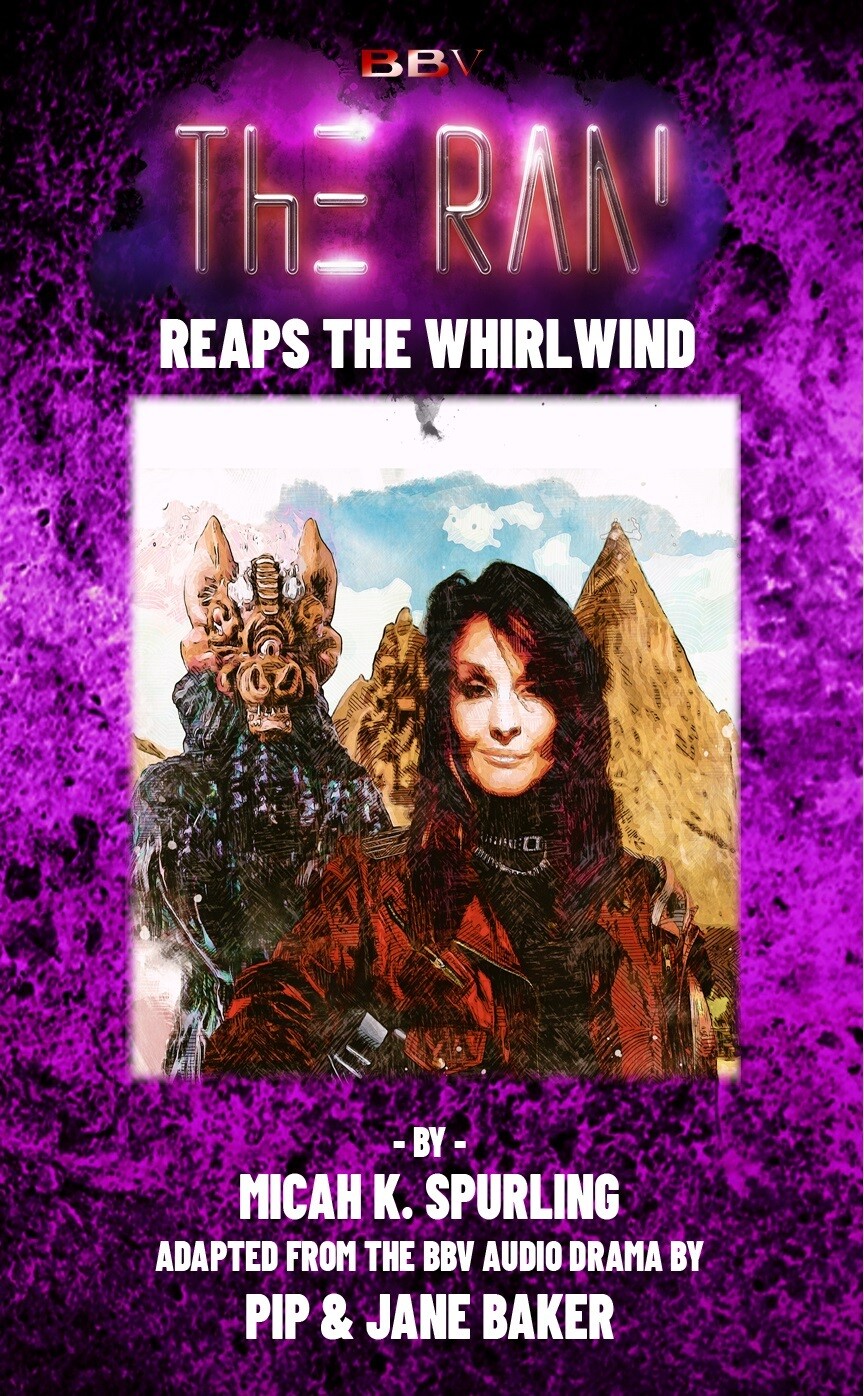 The Rani Reaps the Whirlwind Novel UK ONLY (POCKET BOOK)

The Rani is a prisoner. Of the Tetraps. Those hideous rodent-like vampires over which she once ruled. No longer. The devious Urak,
her erstwhile disciple, has turned the tables. The Rani is put on
trial. And condemned to death. A sentence to be commuted if she
exercises her unique scientific prowess to solve a problem threatening
to depopulate Tetrapyriabus.
Famine. Shortage of food.

The answer is in the cells where a pair of kidnapped humans and a pair of aliens
are incarcerated. Destined to become the subjects of a brutal
experiment. The Rani forges an unholy alliance with the four
"guinea-pigs" in a perilous attempt to escape the nightmare of the
planet...