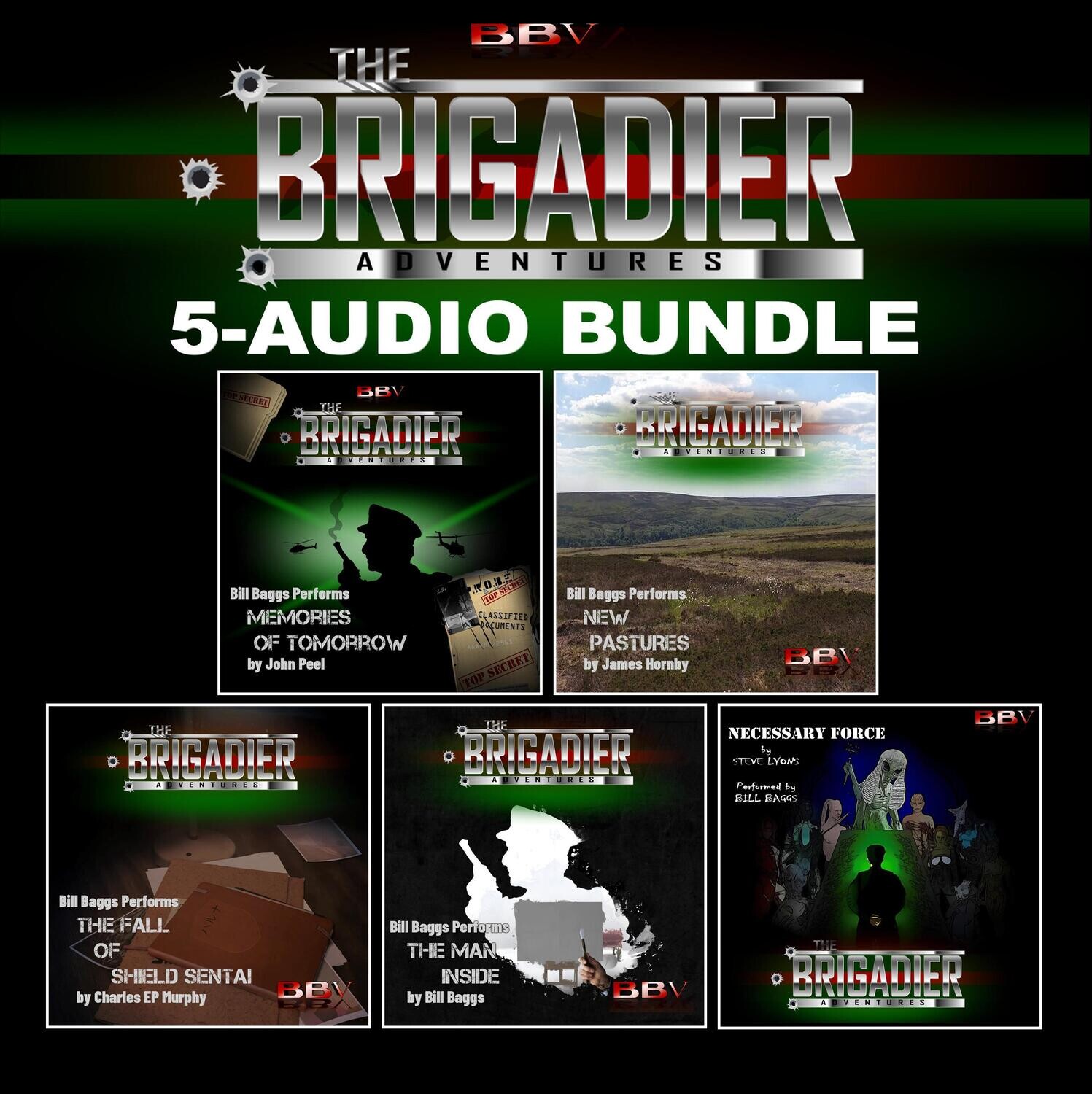 1: Memories of Tomorrow
2: New Pastures
3: The Fall of Shield Sentai
4: The Man Inside
5: Necessary Force
+ INCLUDES: All Script PDFs!

The Brigadier - Memories of Tomorrow:

The Brigadier moves into his new headquarters, which he soon discovers is haunted by several ghosts. There's a screaming soldier who bursts into flames before vanishing, an Egyptian held over from the house that used to be there. And then there's an older man, who the Brigadier knows only too well...

The recently retired Brigadier takes a holiday to the Yorkshire Dales, but finds he cannot relax. Is he ready to leave the army behind, or does he need one last adventure to get it out of his system?

The Brigadier - The Fall of Shield Sentai:

The Brigadier inspects a private military company fighting for money rather than a cause.

The Brigadier - The Man Inside:

Giles' investigations into the PROBE archives reveals an unusual chapter in Lethbridge-Stewart's past; one in which he discovers more than he bargained for.