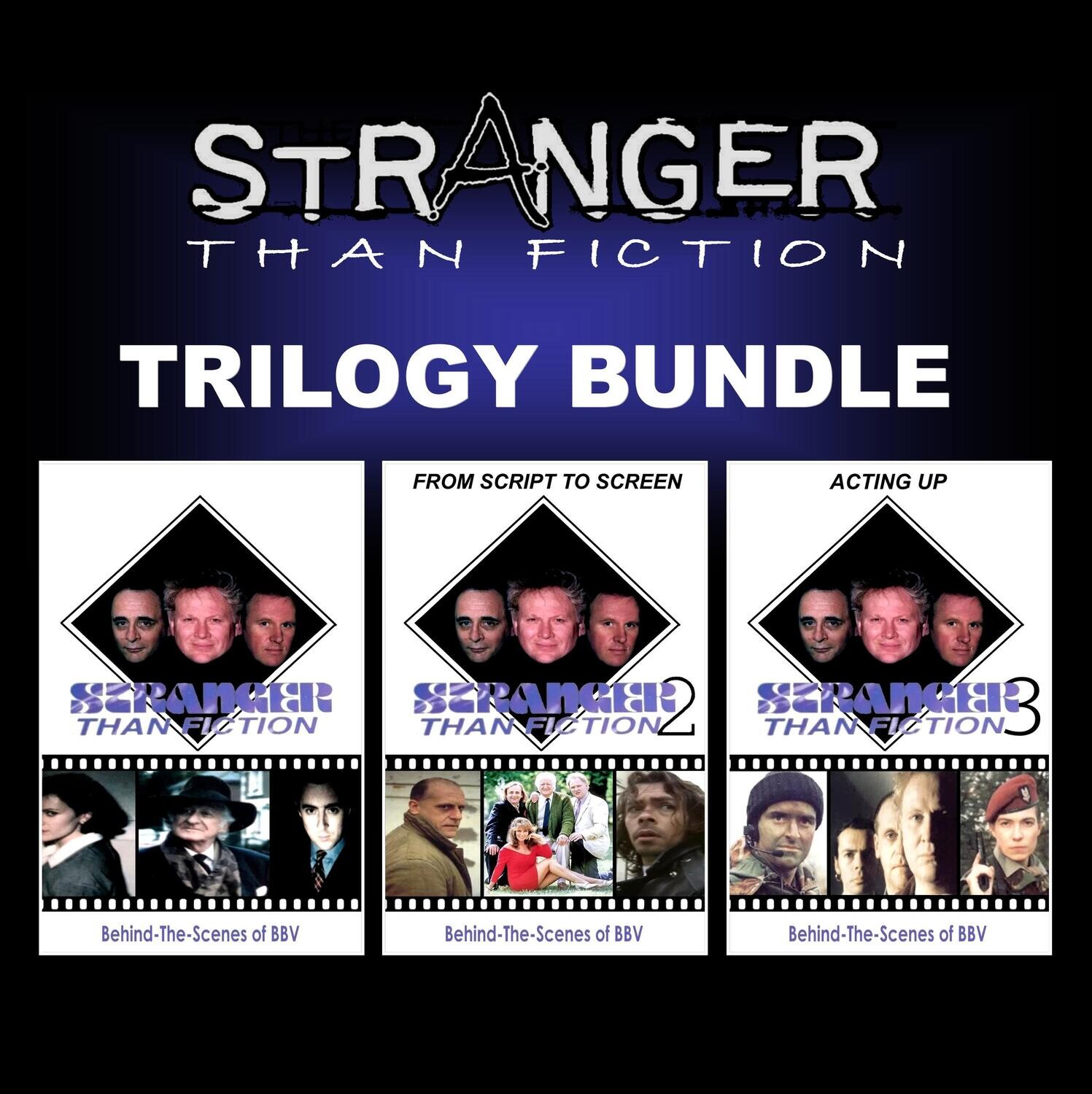 Gary Russell of Marvel Comics' Doctor Who Magazine investigates the world of BBV.

In a relatively short space of time and with relatively small amounts of money, Bill Baggs has produced a series of videos which have a special appeal for Doctor Who fans.

Stranger Than Fiction looks at the development of BBV's production techniques, through story, rehearsal and shooting. There's a chance to discover the origins of the scripts, as well as to see lost scenes from the Stranger videos and The AirZone Solution.

This fascinating behind the scenes story is told with revealing, on the spot Hi-8 footage, together with exclusive star interviews.

Stranger Than Fiction 2: From Script to Screen

In the second "Stranger Than Fiction" documentary, Mark Gatiss explores the three latest BBV productions; "The Terror Game", "Breach of the Peace" and "The Zero Imperative", from the writers perspective.

Using behind-the-scenes Hi-8 footage, outtakes and interviews with Colin Baker, Jon Pertwee, Sylvester McCoy and Nick Briggs, this fascinating documentary examines the script from initial beginnings, through character and narrative development to its eventual realisation on the screen.

Stranger Than Fiction 3: ACTING UP

Actors from BBV productions discuss their process preparing for performance.