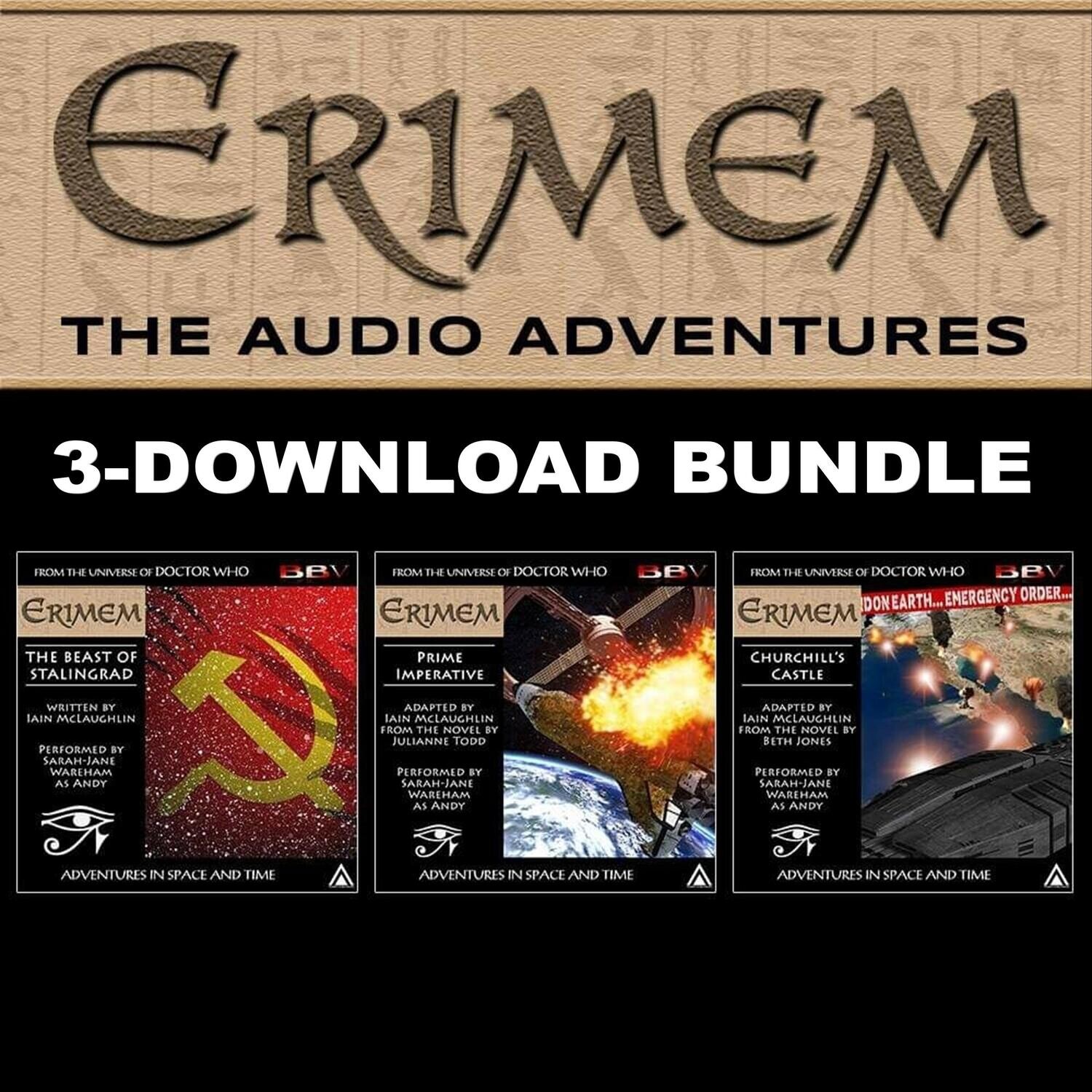 
Expanding our catalogue of audio adventures set in the Universe of Doctor Who, we are pleased to announce a new range of audio dramas featuring the popular Fifth Doctor companion Erimem.

The stories are told from the perspective of Erimem’s best friend and travelling companion, Andy Hansen, played by Sarah-Jane Wareham.

The deep-space probe ship Clinton has been out of communication with Earth since its encounter with an interstellar comet.

Erimem and her friends arrive on a space station high in Earth orbit just before the almost derelict Clinton is due to dock.

Very soon it is the space station and its crew who need to be rescued, but that would certainly mean the end of all human life on Earth.

A trip to the future for Erimem and her friends coincides with a brutal, unstoppable attack on the planet.

Earth is lost in less than an hour and humanity is forced to abandon its homeworld, but is there anywhere for the desperate refugees to go?

The last remaining Earth warship offers some sense of hope but soon Erimem and her friends discover that hope may be the bringer of the end of humanity...