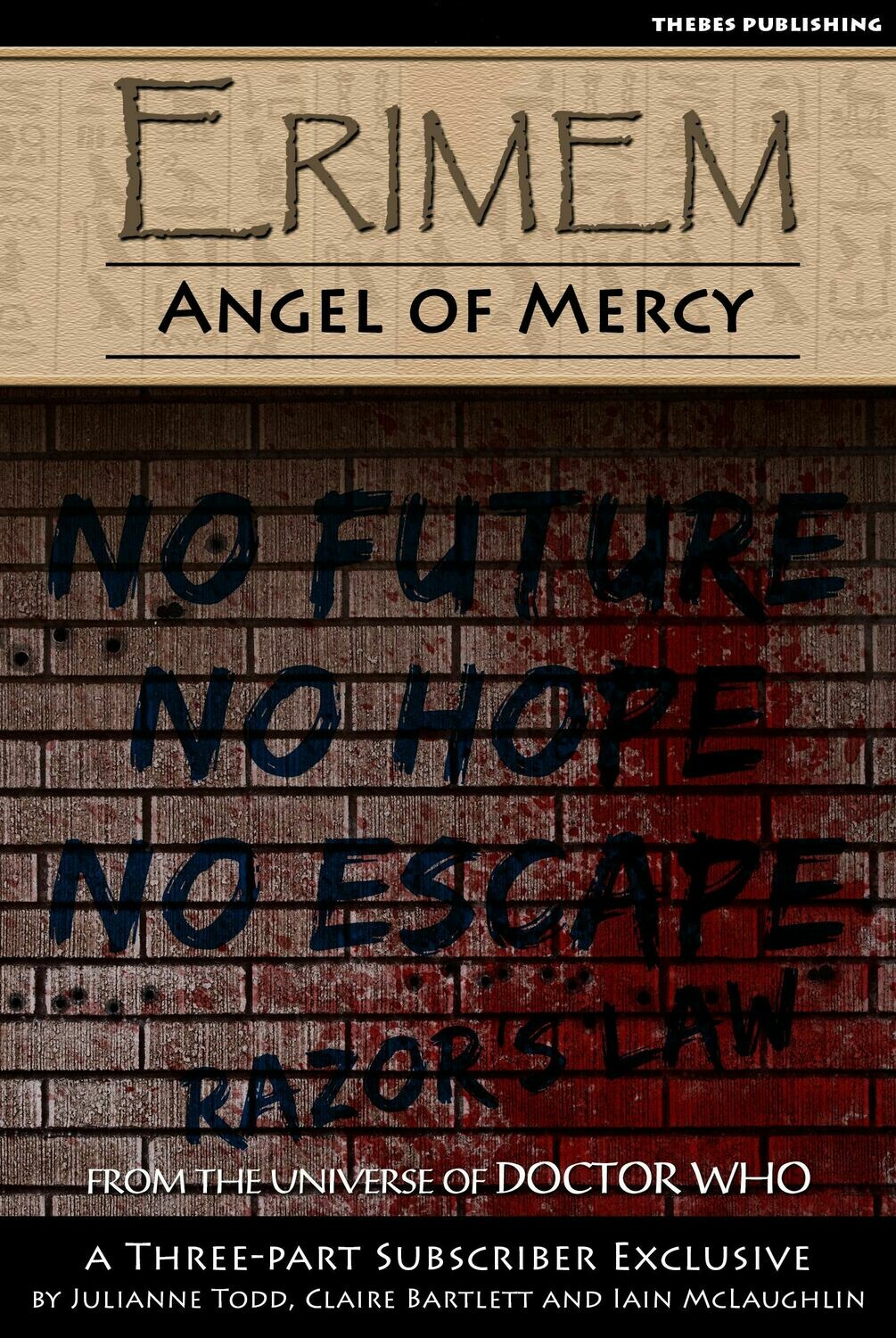 A trip into the near future takes Erimem, Andy and Helena to a newly built city in England where the rule of law has been set aside for the twin rules of gangs and ratings.

Everything in the city is observed by TV cameras, including the struggle by a woman named Angela, the city's Angel of Mercy, to protect and feed the most vulnerable.

Erimem and her friends find themselves caught in the deadly ongoing conflict between Angela and a gang led by a man named Razor, a gang that is ready to kill anyone in their path... including the time travellers.