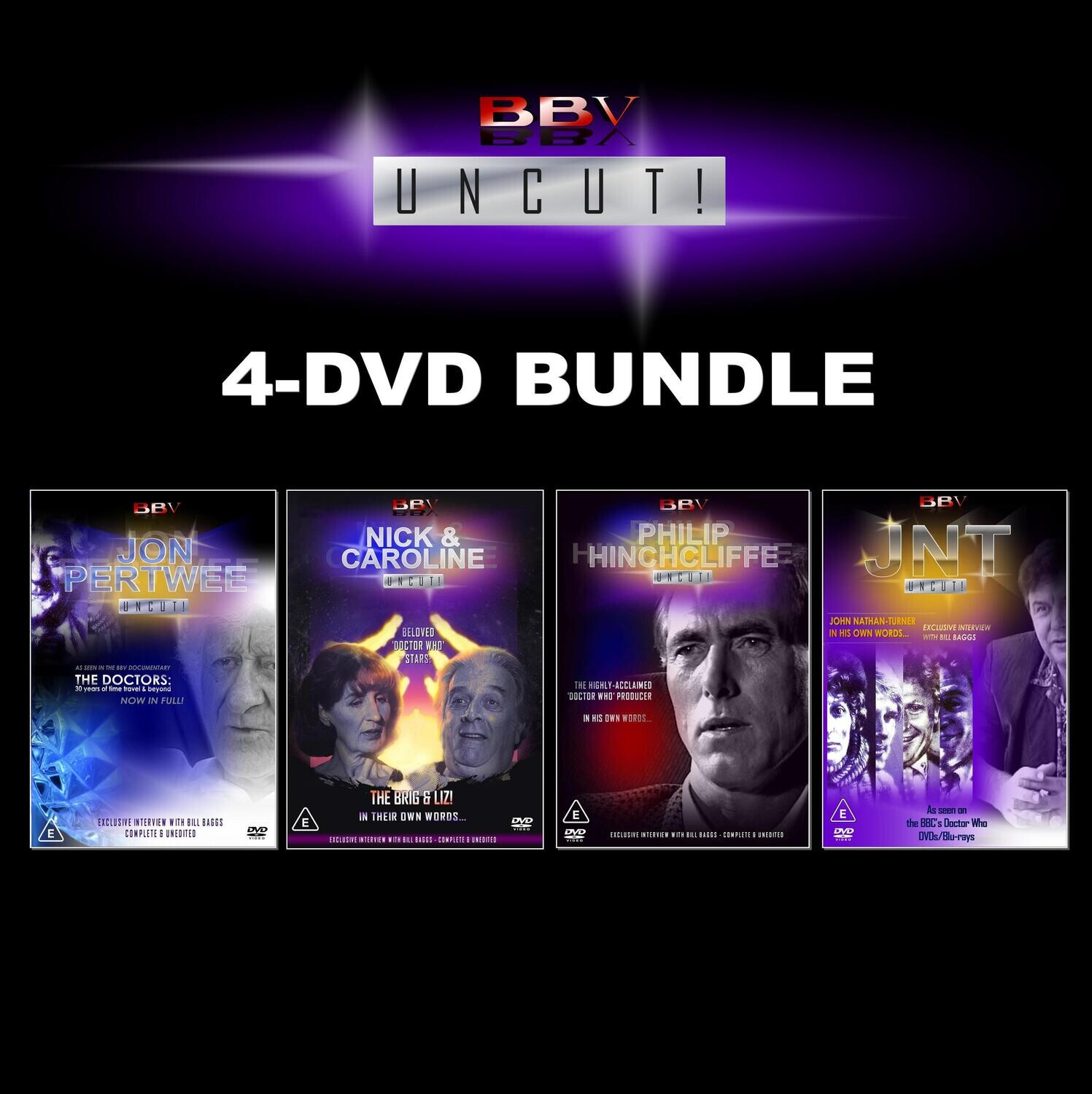 Released on DVDR. Full uncut in-depth interviews from the stars of DOCTOR WHO.

JON PERTWEE: UNCUT!
In Loving Memory of the Third Doctor 1919-1996
Born John Devon Roland 'Jon' Pertwee and originally serving in the Royal Navy and Naval Intelligence Division during WW2, he became famous as the third incarnation of the Doctor in the legendary science-fiction TV series Doctor Who between 1970-1974.

NICK & CAROLINE: UNCUT!
Bill Baggs interviewed Nick and Caroline in the nineties for the documentary 30 Years of Time Travel & Beyond. They also discuss BBV's P.R.O.B.E. and other Dr Who spin-offs.
Runtime: 60 minutes

JNT: UNCUT!
Full uncut interview with the beloved TV producer.
Bill Baggs first met JNT as a fan at the BBC Dr Who Production Office in the 80's. He later worked with JNT on various projects. Bill conducted this interview as part of the BBV dvd '30 Years of Time Travel & Beyond' produced in 1995. In the recording sequence of filming, Bill conducted this interview last in order to give John the opportunity to respond to criticisms from other contributors. The cafe where it was filmed was local to JNT in Saltdean, near Brighton where he was a regular visitor. When Bill first approached Jon about the documentary, John was initially resistant to take part, asking why he'd been left until last. However, once Bill explained the logic of 'save the best 'til last' John agreed.

Reviews:
"What an excellent interview, it covers a really good spread of his time on the show, his frustrations, the big decisions, all the main things you'd wan to ask in such an interview are covered... Absolute 10/10 release for me, so glad it's seen the light of day!" - tng1981 on GallifreyBase

PHILIP HINCHCLIFFE: UNCUT!
Bill Baggs interviewed Hinchcliffe in the nineties for the documentary The Doctors: 30 Years of Time Travel & Beyond.
Runtime: 1 hour 16 minutes