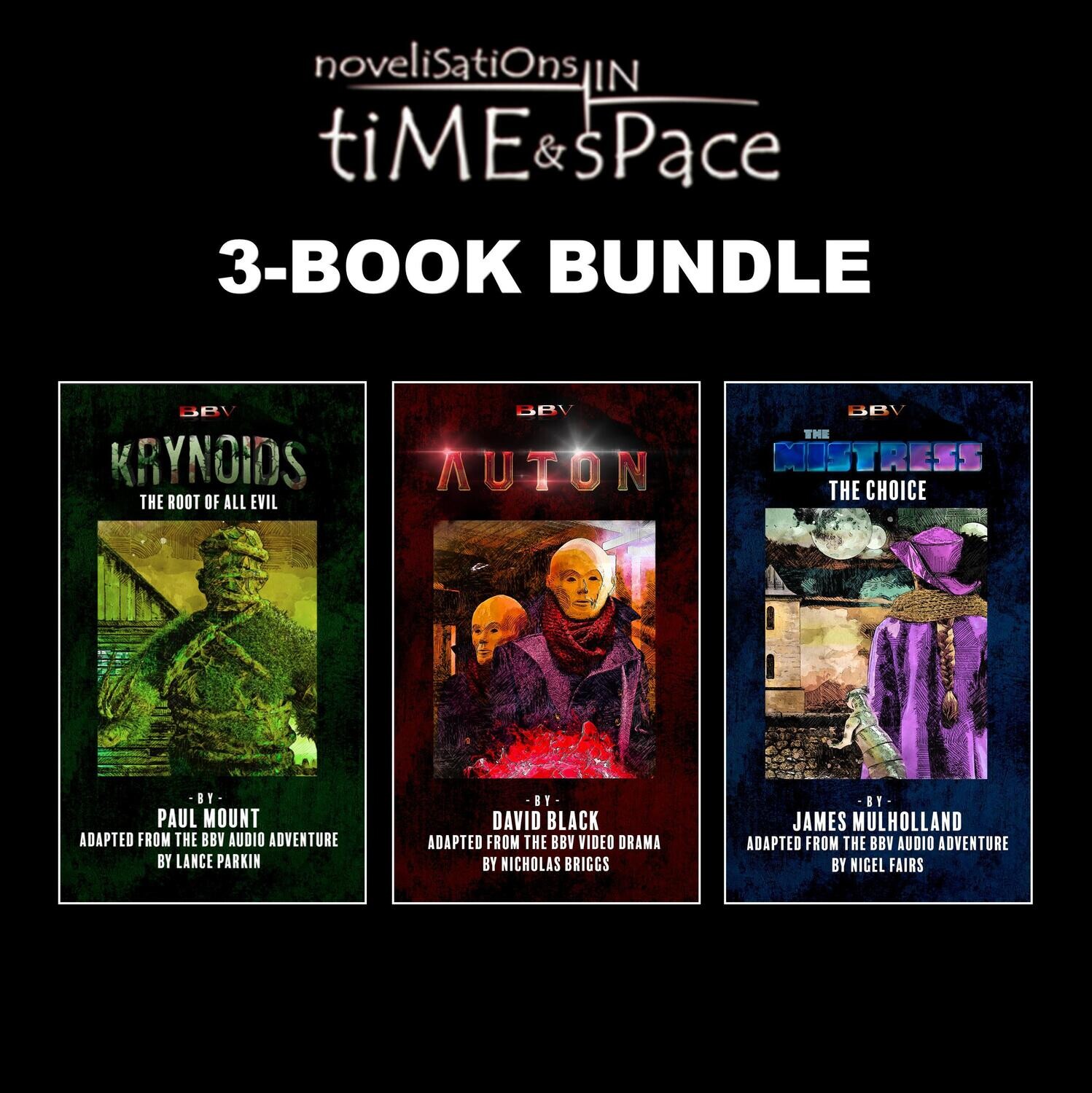 Dr. Sally Arnold is a scientist and a maverick working on the remnants of alien encounters at The Warehouse, an underfunded and forgotten part of a top secret organisation.

Lockwood leads a heavily-armed team that are called in to contain and neutralise alien threats.

Their paths cross when an experiment goes awry and the Nestene Consciousness reactivates a decades old invasion plan and its deadly Auton footsoldiers stalk the shadows of the Warehouse.

Can Sal and Lockwood rise above their differences to save the world? Can they even survive the night?

Written by David Black, based on the BBV video drama by Nicholas Briggs. Edited by Laura Hewitt & Bill Baggs. Cover-art by Phil Shaw.